The Netherlands and France will meet Saturday for the last available slot in the semifinals of the 2022 UEFA Women’s European Championships in England. Legal Canadian and US sportsbooks are all over the match with plenty of markets.

The three prior quarterfinal matches in this tournament have been stellar and this one promises to continue that trend. Both teams have been among the 2022 favorites to go all the way but what do the stats say?

How do these teams’ recent forms shape up?

This will be the second all-time Euros match between France and the Netherlands. The first also came at the quarterfinal stage in 2009. After a goalless draw, the Dutch went on to win that tie 5-4 on penalties.

France is unbeaten in its last three meetings with the Netherlands in all competitions, most recently winning 3-1 at the 2022 Tournoi de France in February, with goals from Wendie Renard and Marie-Antoinette Katoto.

The Dutch have won eight of their last nine Euros matches since the start of the 2017 edition.

The Netherlands scored eight goals in the group stage despite having an expected goals value of five based on the quality of their chances. This is the largest positive differential between goals scored and xG of any side at EURO 2022.

Despite playing just two of France’s three games and completing 90 minutes in just one of those, Clara Matéo created the second-most chances in the group stage of the 2022 Euros. She provided an assist in both appearances and created a chance on average once every 14 minutes. 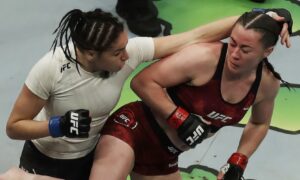