There’s only one match in the NWSL this Saturday but that doesn’t mean it won’t be without its drama and competitiveness. NJ/NY Gotham FC will host the Chicago Red Stars at Red Bull Arena with different clear objectives in their mind.

This contest will serve as the last game for Gina Lewandowski, who’s retiring Saturday. Whether she will retire with a win is what bettors are considering on Saturday.

Saturday’s match should begin at 7 p.m. EDT. Bettors can view the action on Paramount+. FanDuel has Chicago a narrow +150 favorite on its 3-way moneyline.

Prior to a 1-0 loss to the Red Stars in the playoffs last year, Gotham was unbeaten in four games in all NWSL competitions against Chicago, their longest-ever streak in the fixture.

This season, Gotham has won every match in which it has scored and lost every contest when allowing a goal. It is the only club this season to either shut out its opponents or be shut out in every game.

Ashlyn Harris conceded three goals at home in a loss to San Diego in her last outing. Harris has never conceded three or more goals in consecutive regular-season home matches in a single season in her NWSL career.

Notable absences for both clubs Saturday

Chicago is on a much better run but the absence of Mal Pugh could be critical. The Red Stars will also be without top keeper Alyssa Naeher, seeing the comparatively much less experienced Emily Boyd stepping into goal.

Gotham will be without Midge Purce and Ifeoma Onumonu. Full availability reports for both clubs are quite extensive, though. 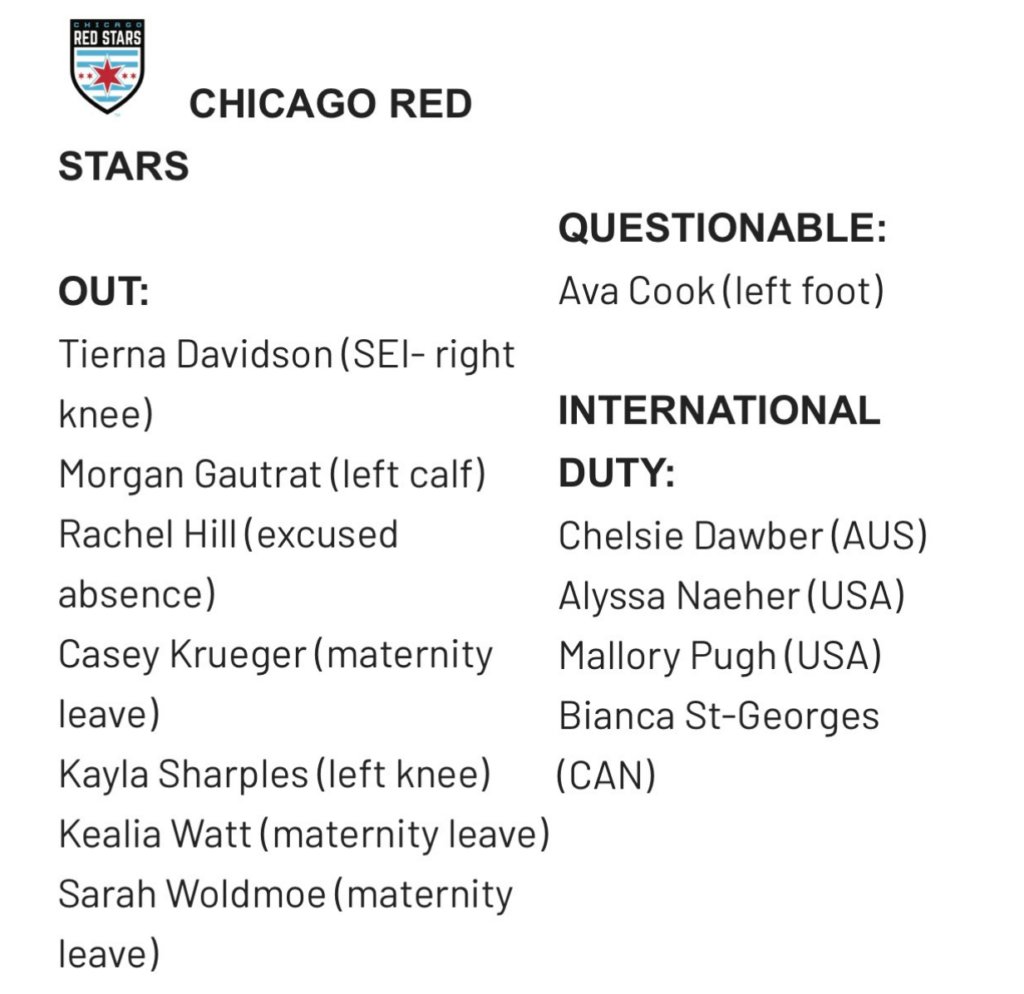 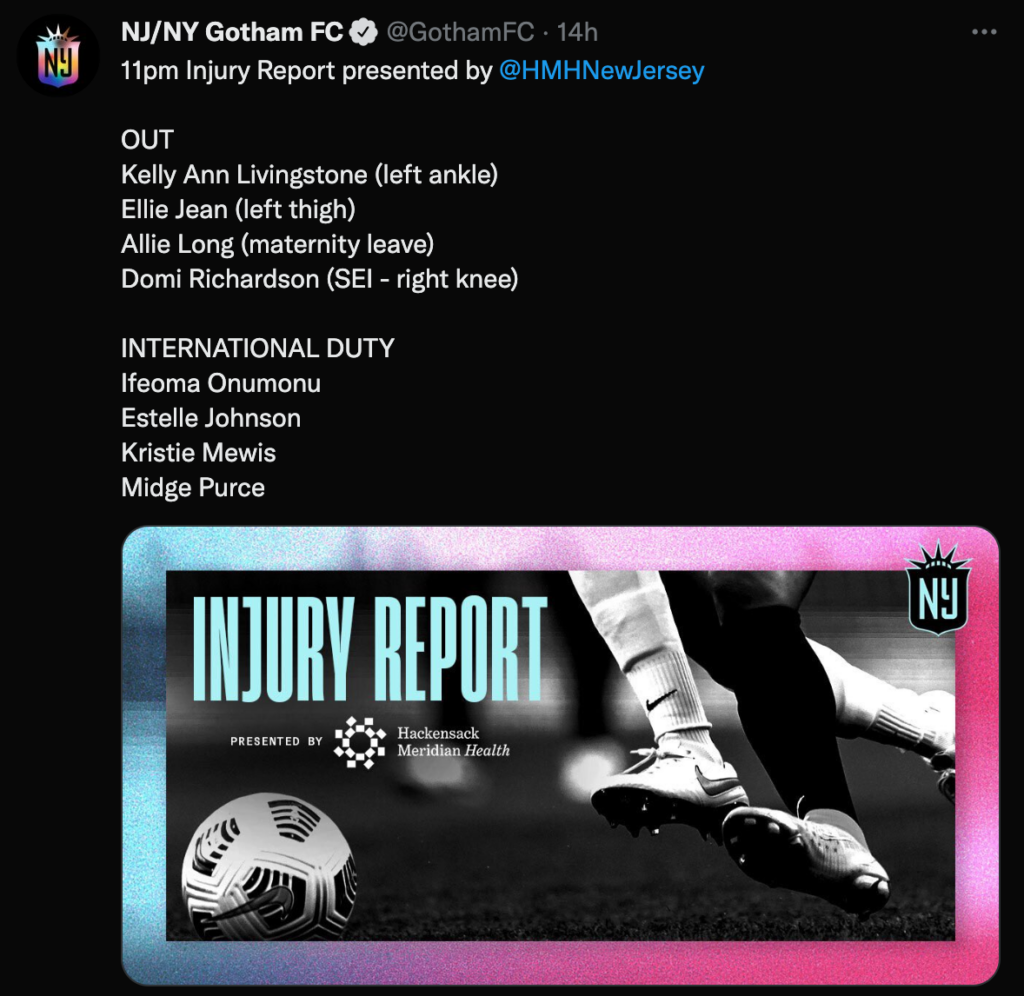 Bettors should definitely take these absences into account as they weigh their options for this match Saturday.